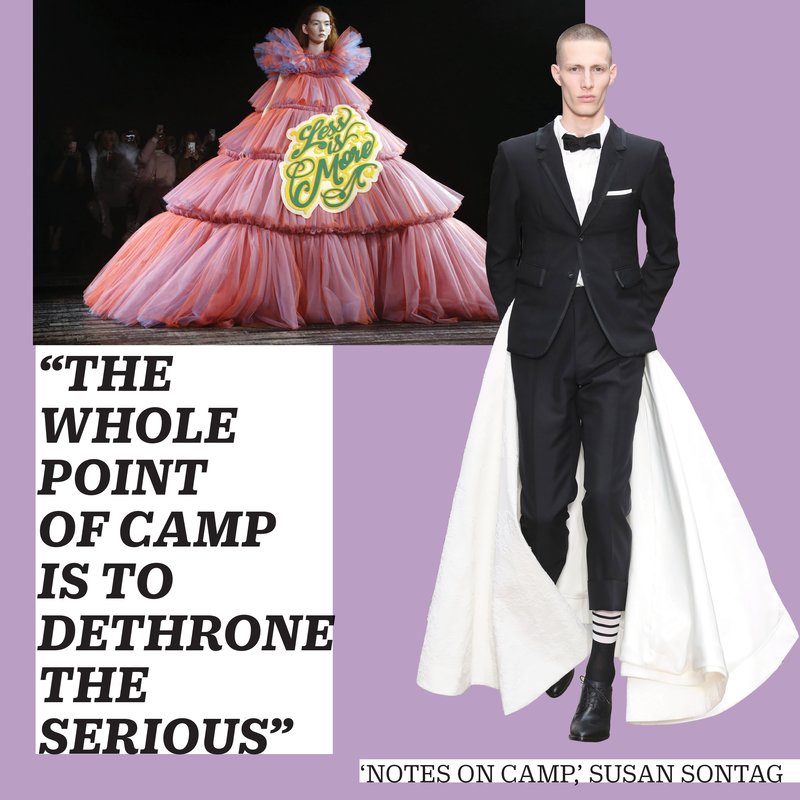 Things about the Met Gala – all you need to know before the first Monday of May. 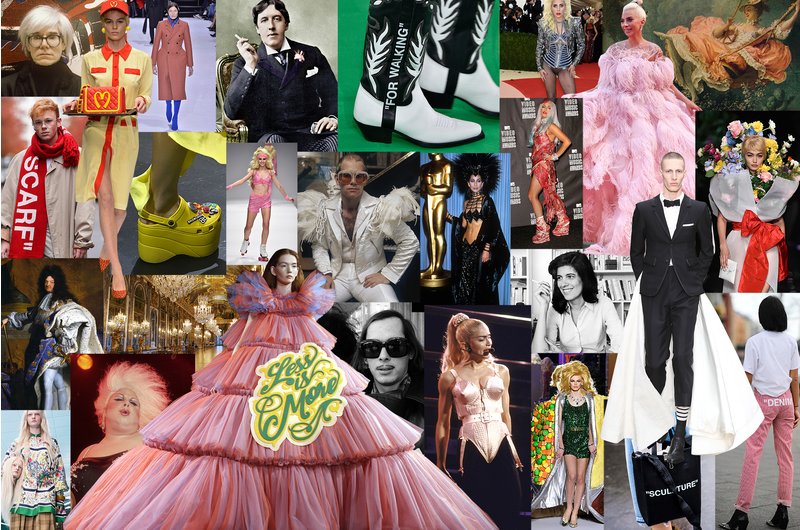 The Costume Institute Gala at New York’s Metropolitan Museum of Art is the biggest event on the fashion fundraising calendar. Founded by publicist Eleanor Lambert, the benefit was first held in 1948 to encourage donations from New York’s high society. In its modern incarnation, the most famous faces from the realms of fashion, film, music and art come together to raise money for the Met’s Costume Institute and celebrate the grand opening of its latest exhibition. The night is centred on the theme of the new exhibition. 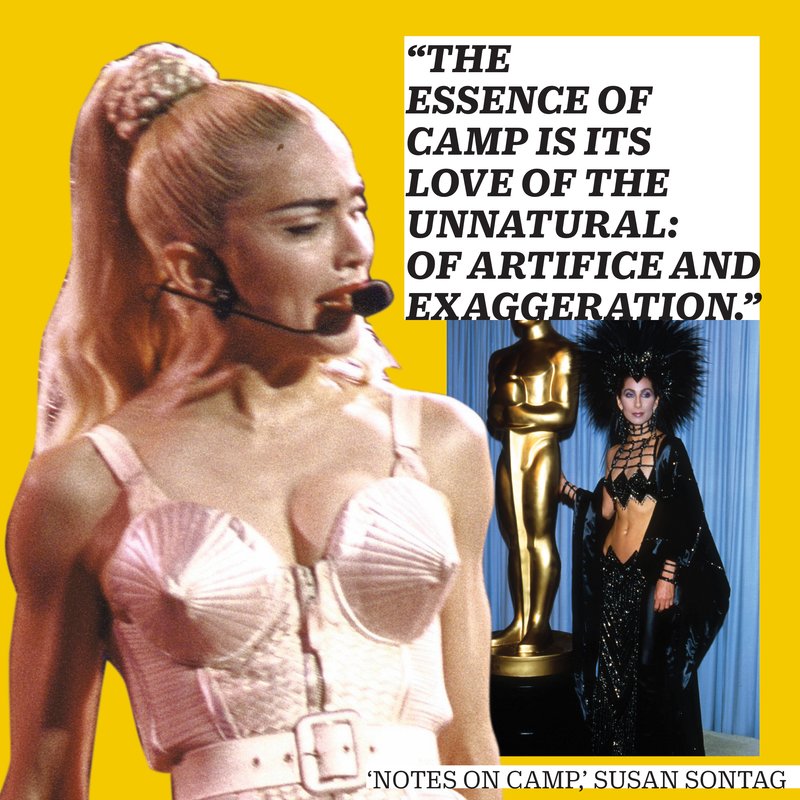 This year’s exhibition theme is Camp: Notes On Fashion.

Since 1995, the event has been chaired by US Vogue editor-in-chief Anna Wintour, who enlists public figures to serve as her co-chairs. The Met Gala 2019, which marks the event’s 71th anniversary, will be co-chaired by Lady Gaga, Alessandro Michele, Harry Styles and Serena Williams. 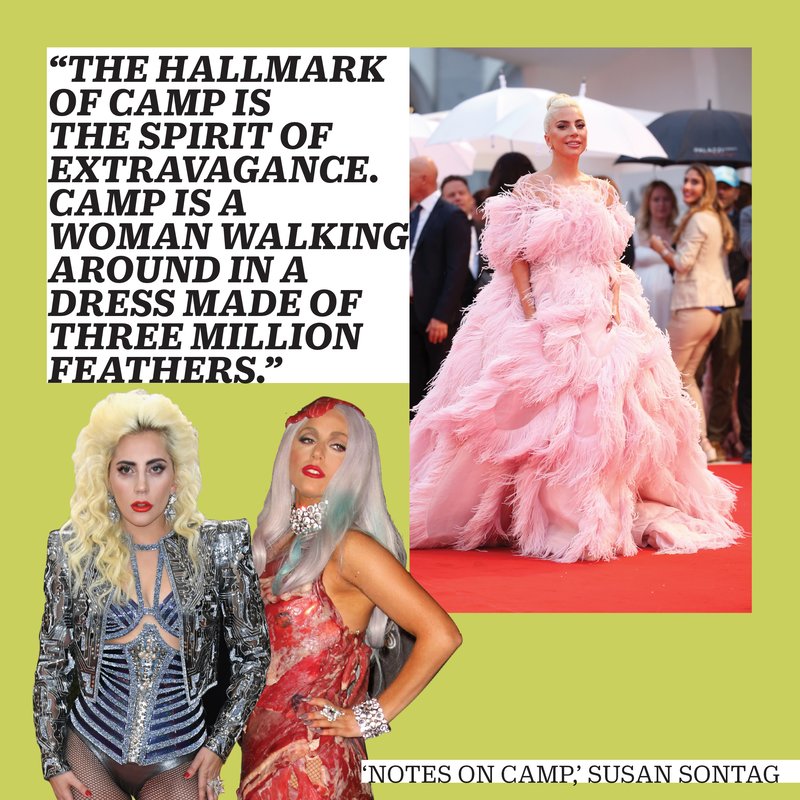 48% of the guest list comprises actors. Fashion, meanwhile, represents 32% of the 2019 committee.

Camp is all about irony and exaggeration. It’s not about fashion at all. It’s about costume. Celebrities will be expected to wear costumes. They’d be characters more than couture. 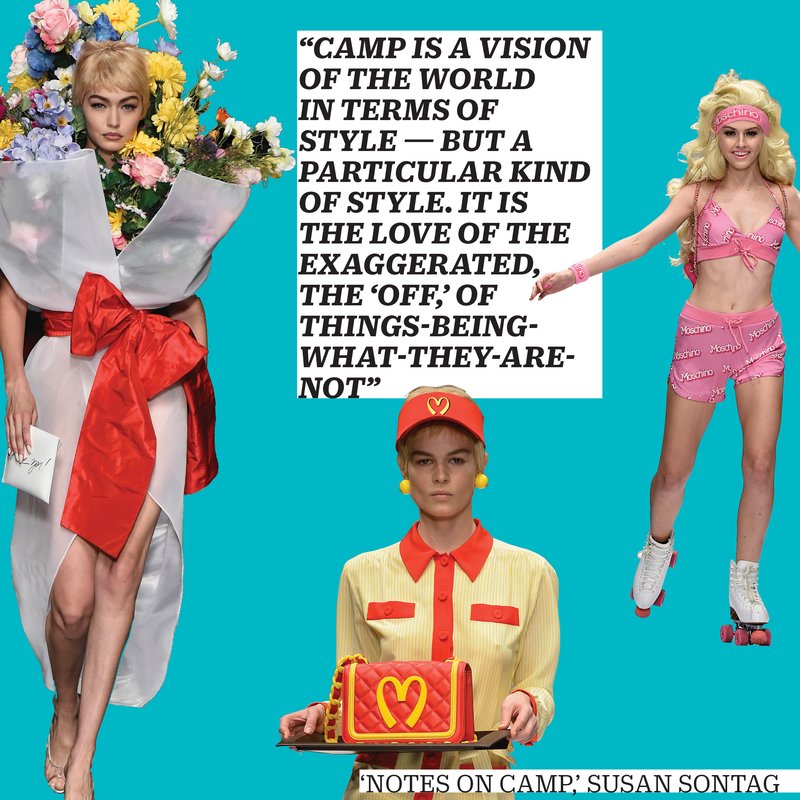 Andrew Bolton, curator of the Costume Institute, has framed the exhibition around Susan Sontag’s seminal 1964 essay Notes on “Camp”, which posited different ways in which the concept could be construed. Bolton told Hamish Bowles that he found Sontag’s writings so timely with what is going on culturally and politically that, “he felt it would have a lot of cultural resonance.”

In Susan Sontag’s 1966 book, “Notes on Camp,” author described “camp” as “the metaphor of life as theater.”

It’s a tall task, especially when one considers that she traces its origins back to the 17th and 18th century with the rise of the les précieux literature in France and rococo art in Germany, then successfully connects it to the then-contemporary queer culture of the ’60s, referencing everything from dandy intellectual Oscar Wilde to the 1933 movie King Kong along the way. 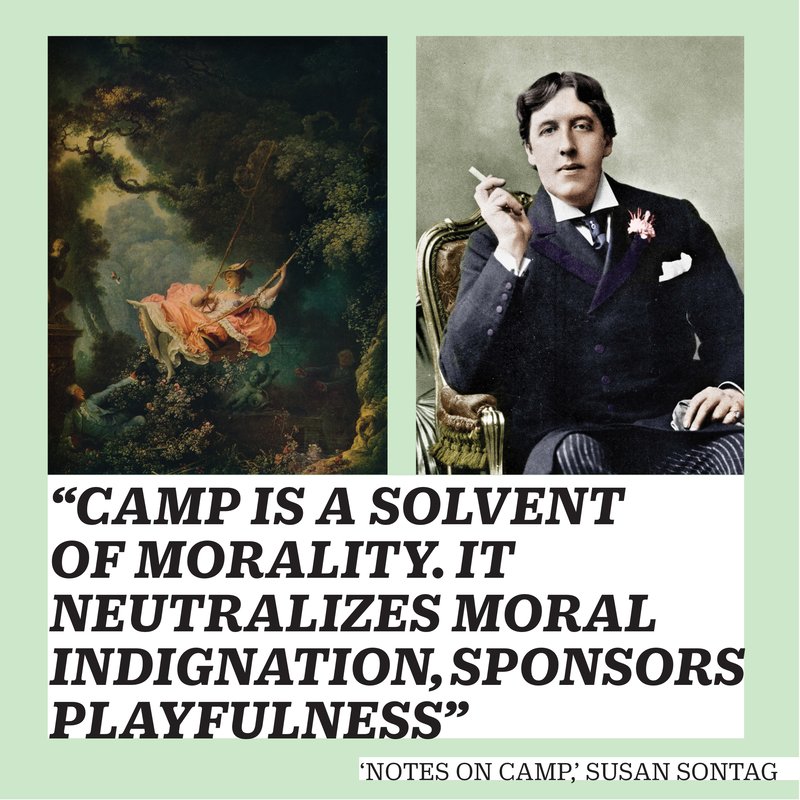 Featuring some 200 fine art and fashion objects, the contents of the exhibition will trace the origins of the subject from the 17th century, specifically the court of Versailles, to the present day. “Basically, we go from sun kings to drag queens,” American Vogue editor Anna Wintour said at a press conference in February.

A preview of the Johnny Dufort-lensed catalogue indicates that looks from Moschino’s spring/summer 2017 collection, Gucci’s autumn/winter 2016 offering and Off-White’s pre-fall 2018 edit will feature within the walls of the Met. That Marjan Pejoski swan dress will sit in the display cases alongside a fabulous Schiaparelli flamingo ensemble. And there are myriad Jeremy Scott – “the king of camp” – pieces to add character to the proceedings. 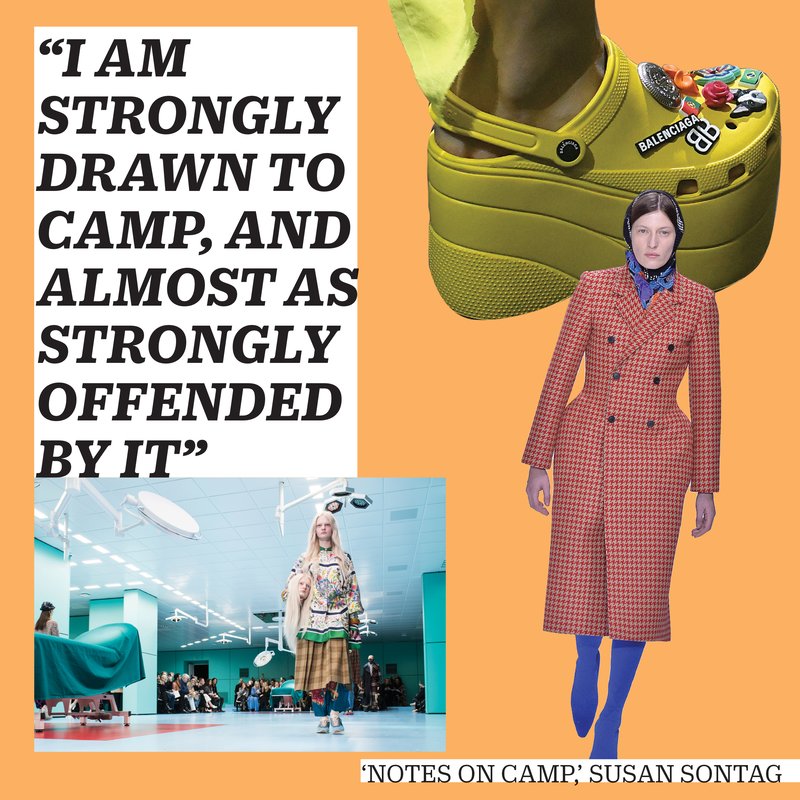 Camp, as Bolton notes, “has become increasingly more mainstream in its pluralities — political camp, queer camp, pop camp, the conflation of high and low, the idea that there is no such thing as originality.”

Bolton also points out embraces elements that include “irony, humour, parody, pastiche, artifice, theatricality, excess, extravagance, nostalgia, and exaggeration” — all of which can, by turns, be discovered in Michele’s playful Gucci oeuvre.

Speaking at the February press summit, Gucci creative director Alessandro Michele said: “This is a very important moment because we will collaborate on the creation of this fantastic exhibition that has a DNA that is related to my work, working to the expression of human nature… Camp is a beautiful word.” Michele also paid tribute to Karl Lagerfeld, adding, “I would like to seize this opportunity to thank Karl, who is no longer with us, who has been a great representative of fashion, and who had a great love for life and this kind of work.” 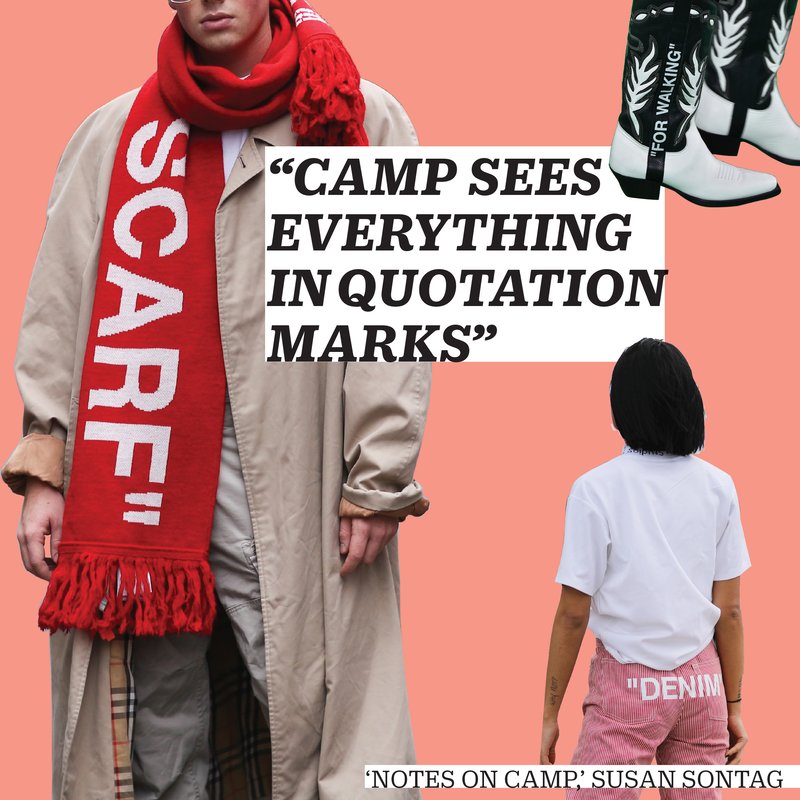