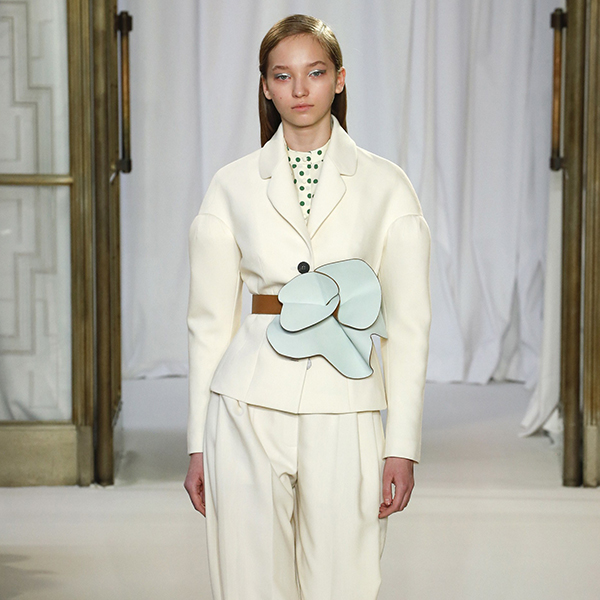 Delpozo has a long history of sophisticated airs and graces, and currently exists in a self-appointed category of its own known as prêt-à-couture.

As a former architect, creative director Josep Font likes to experiment with the shape and line of his designs. He kept a tight rein on the silhouette via 3D leather belts that had the appearance of flowers in full bloom, inspired by unpublished National Geographic imagery from the 1930s of lily and lotus petals. Font never fails to pluck an unlikely artistic reference for his collections, and this season it was the portraits of French artist Inès Longevial that sparked his imagination. The young Parisian art director and illustrator has an exuberant sense of color that aligns with Font’s optimistic outlook, and the Fall collection was awash with sunny, life-affirming shades usually associated with a spring awakening: hence the use of head-to-toe pink and lemon yellow. Asymmetry was a recurring theme, too, though it threw off the tailoring in places. Indeed, some of the blazers appeared to have a split personality, cut for a traditional nine-to-five wardrobe on one side and trailing off with cocktail-hour draping on the other. However the collection did find its footing with rigorous color-blocked pinafores, slit maxi skirts, and gently contoured suiting. 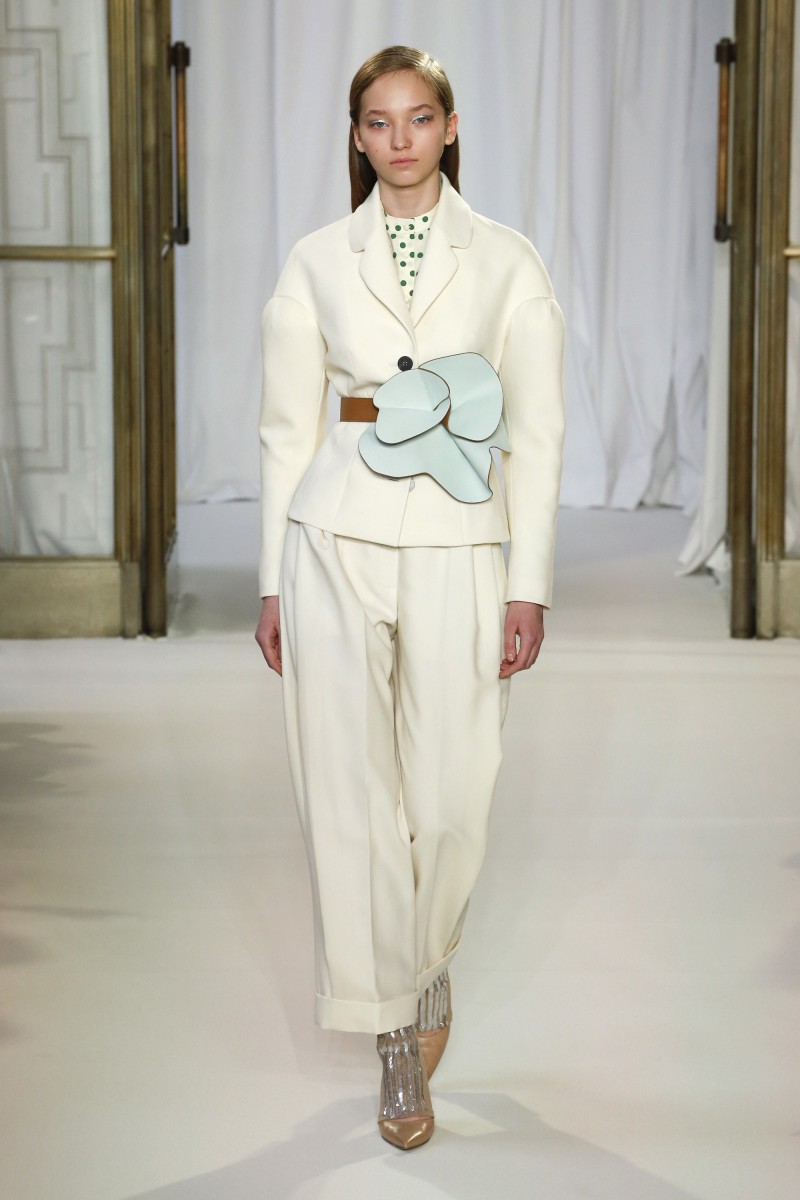 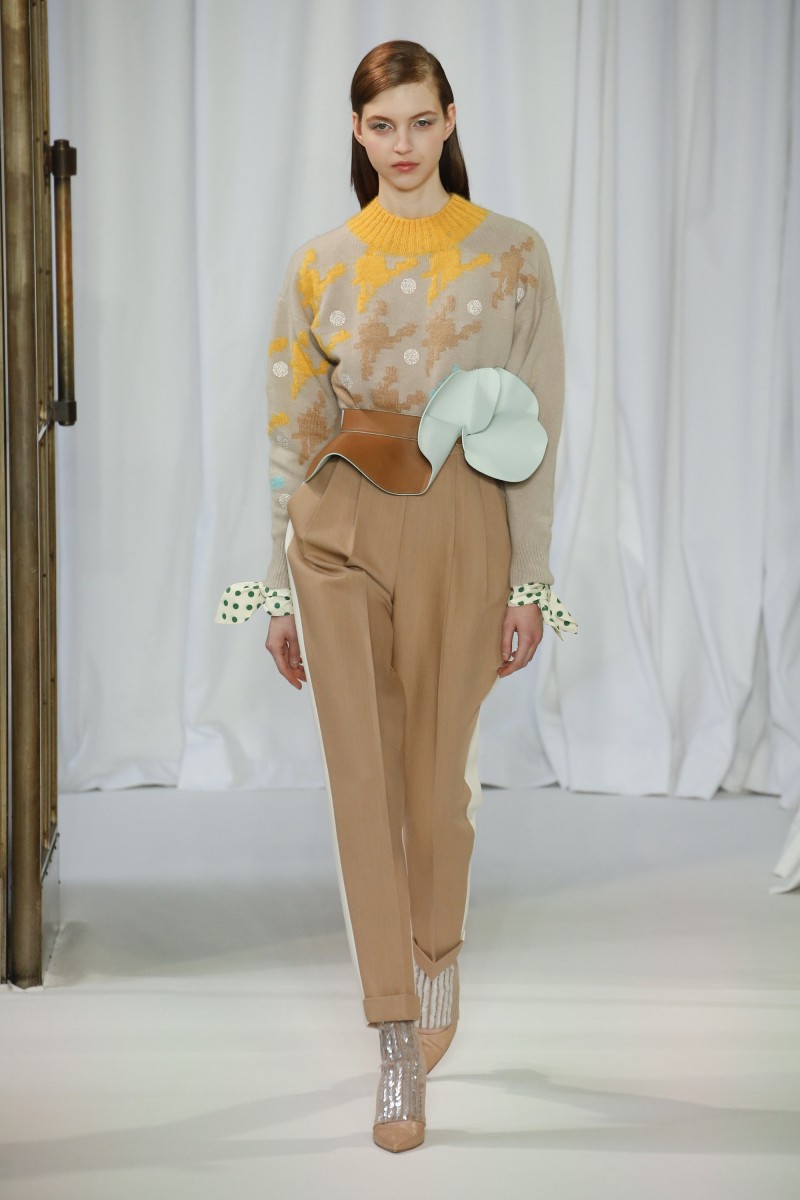 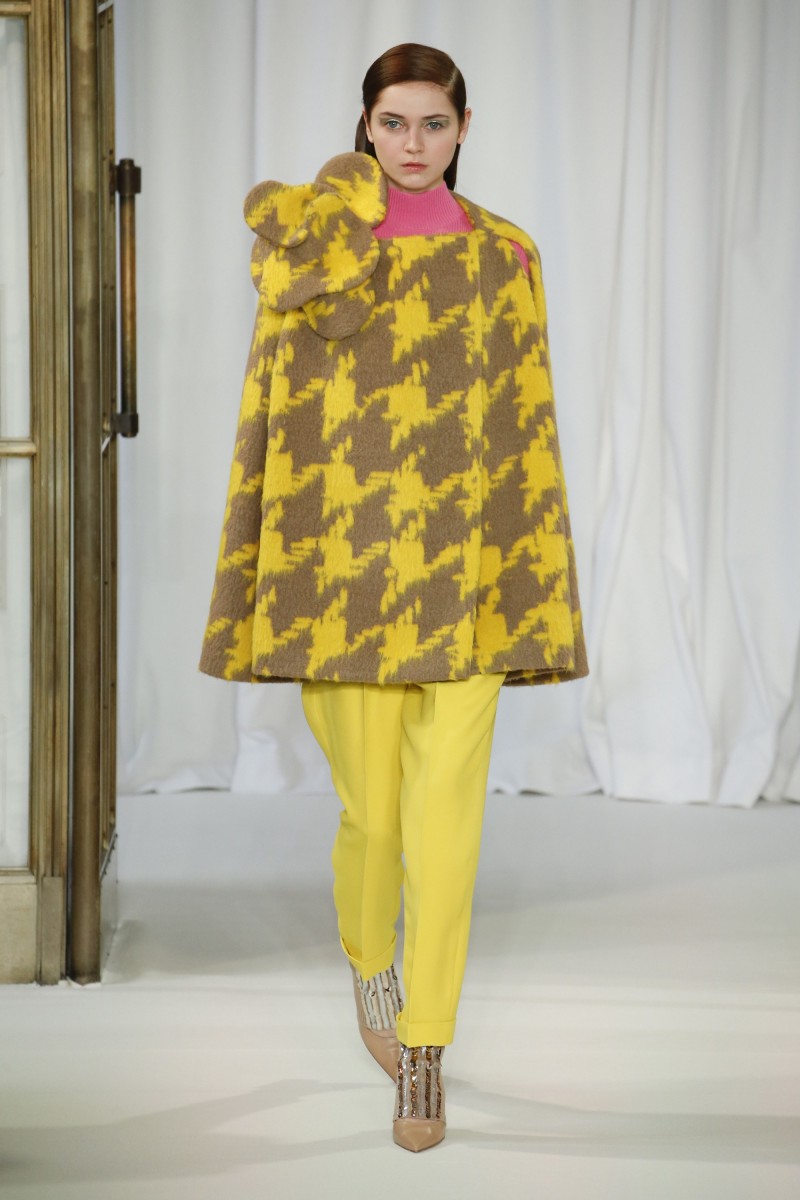 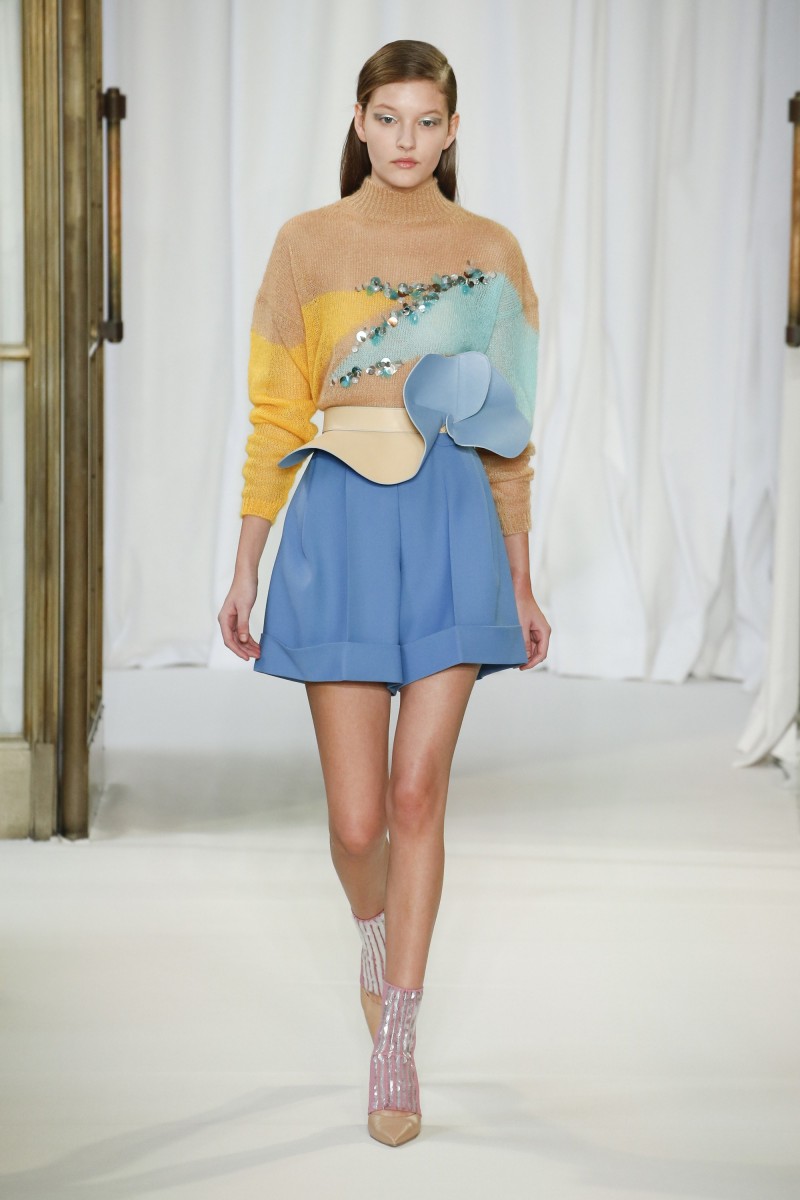 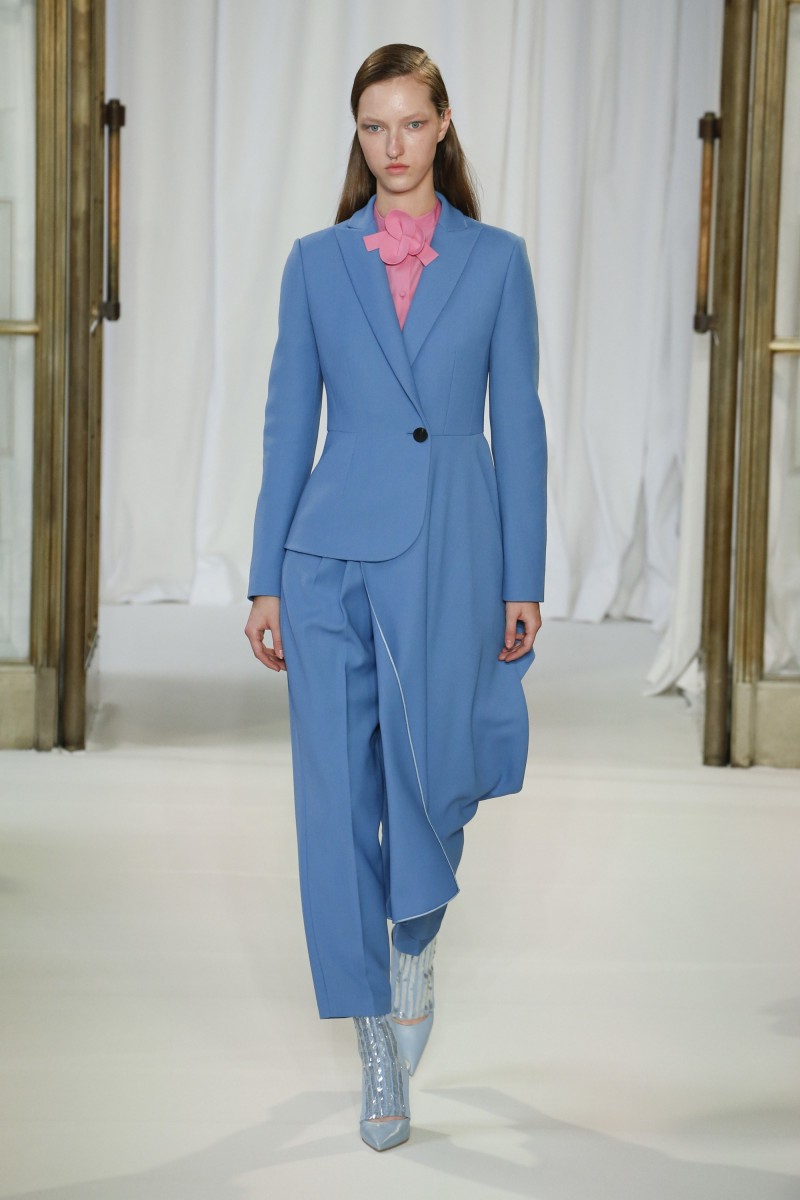 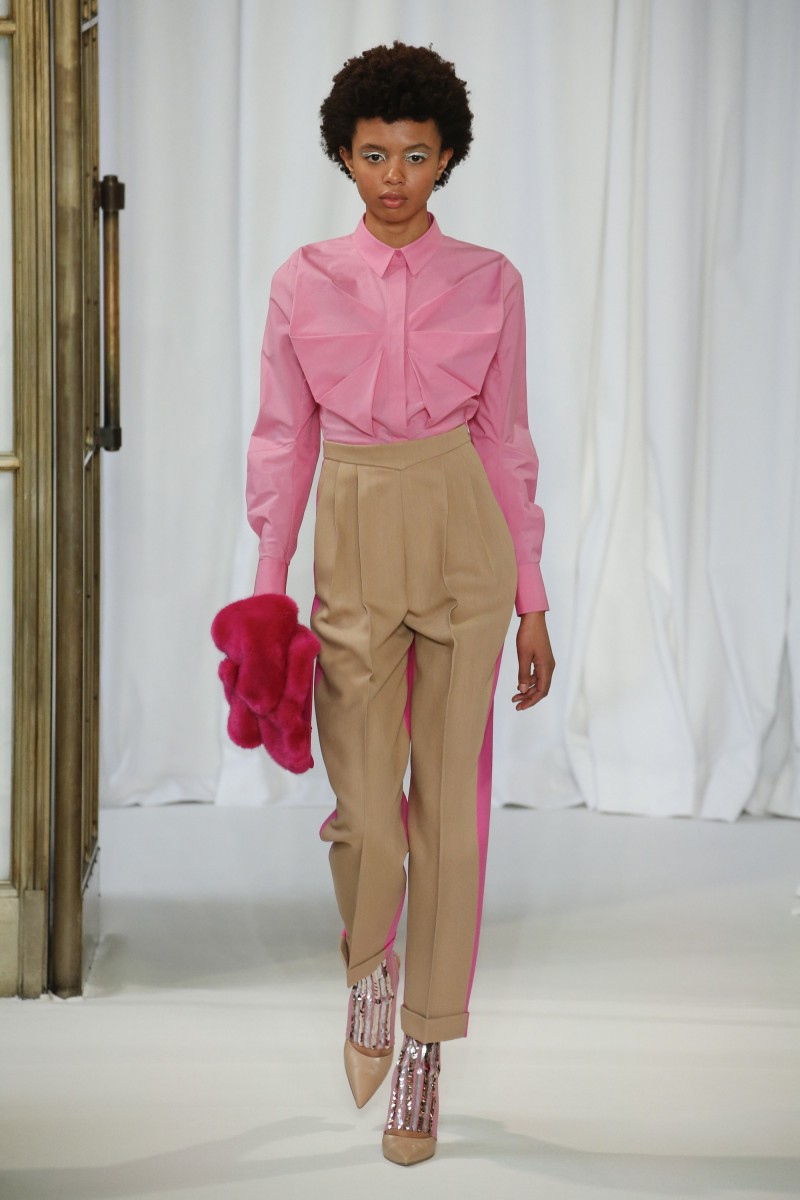 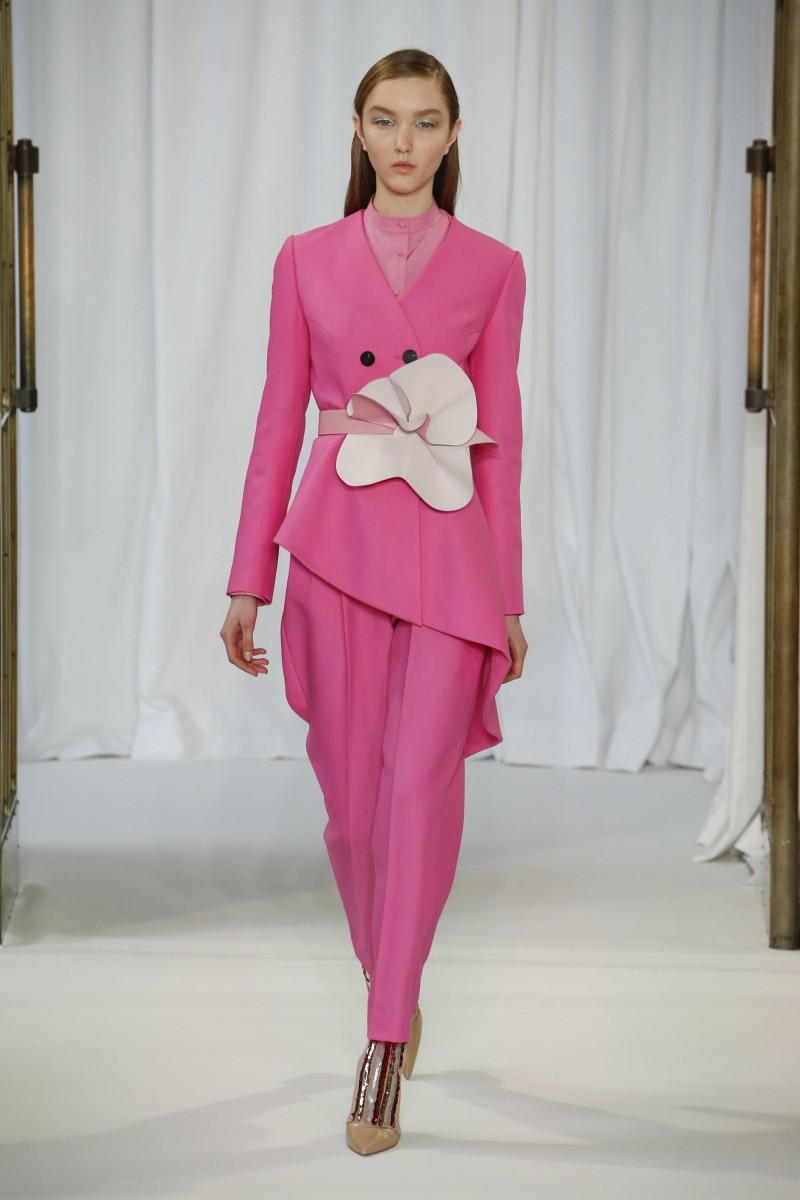 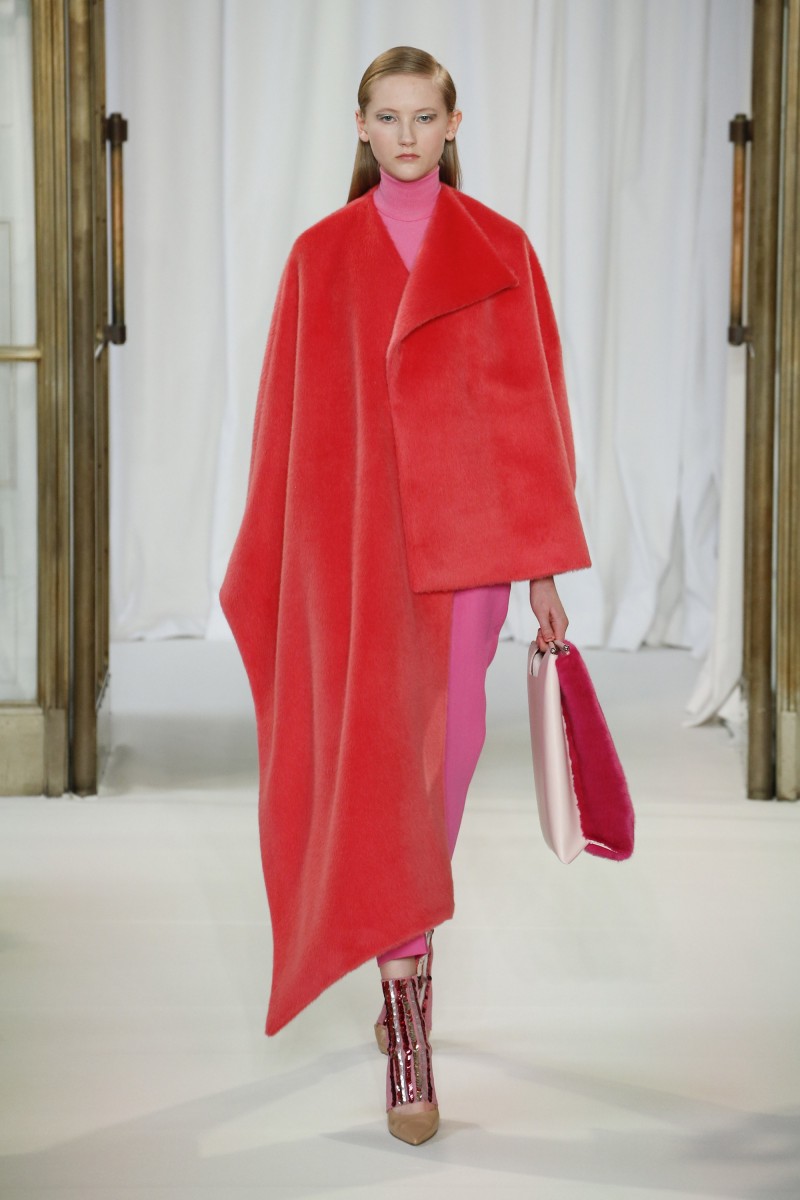 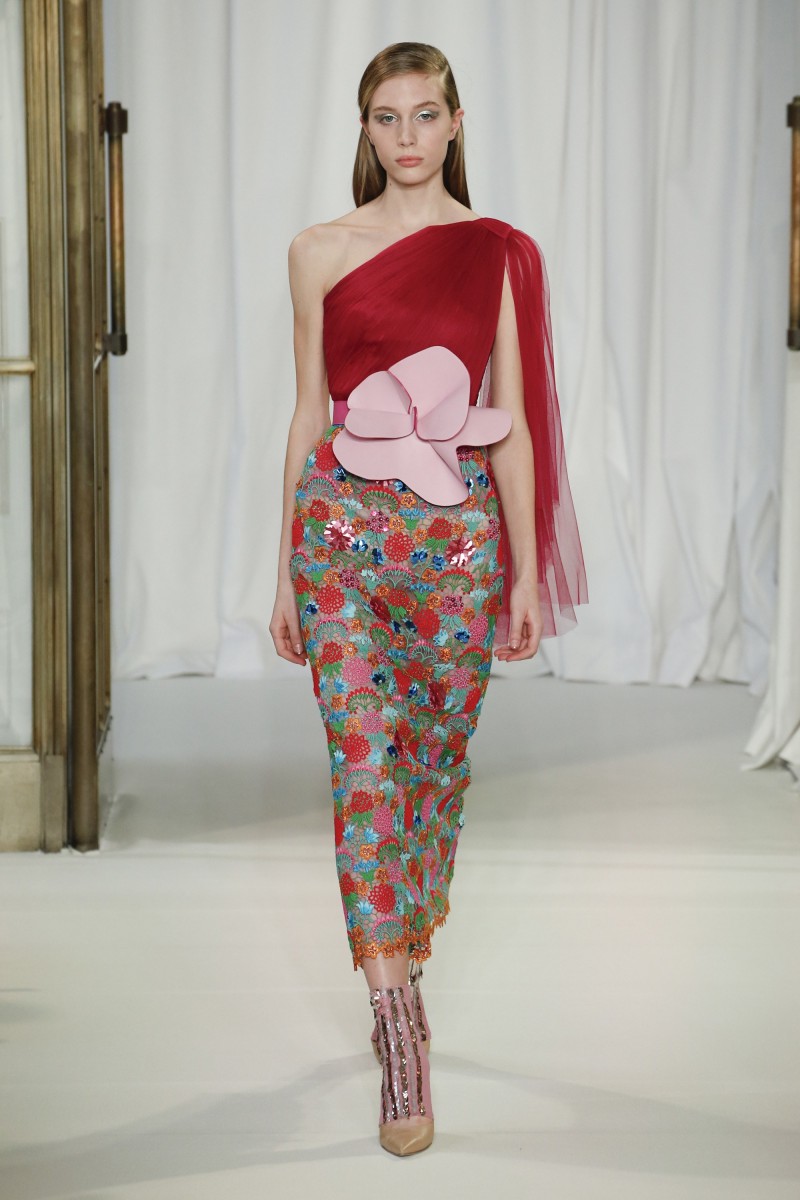 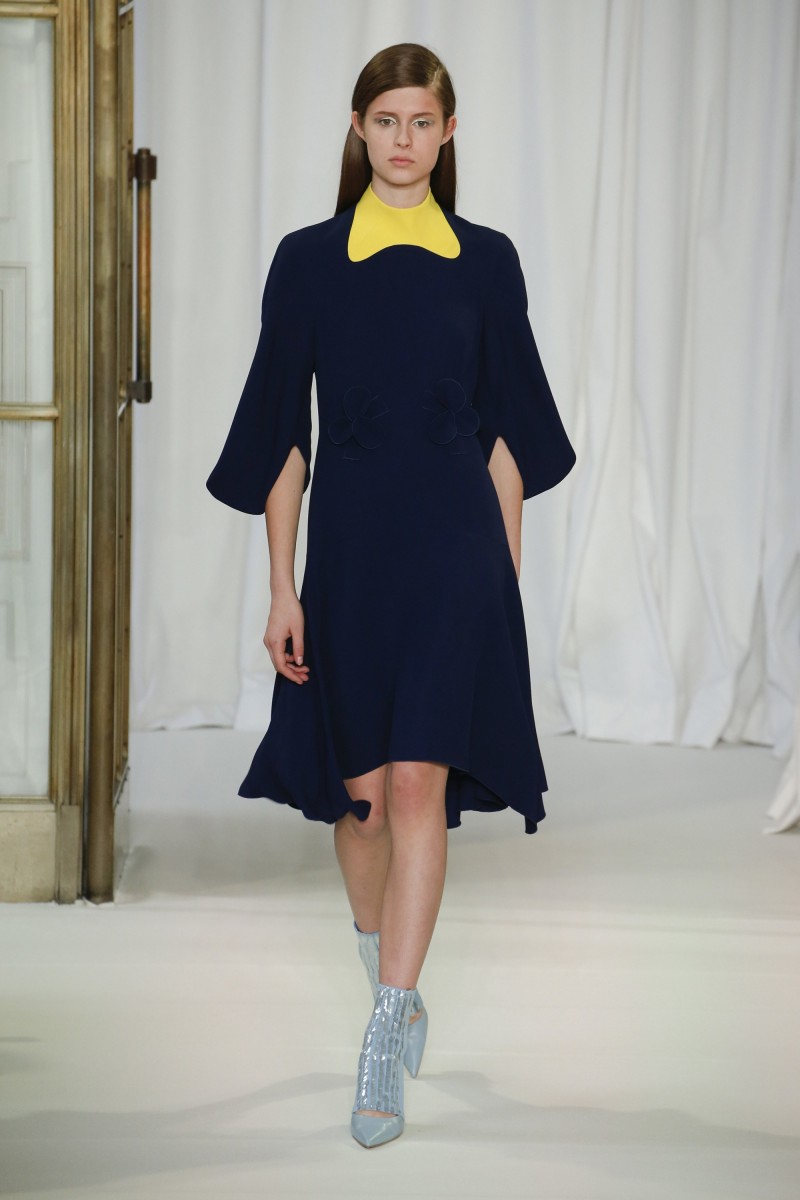 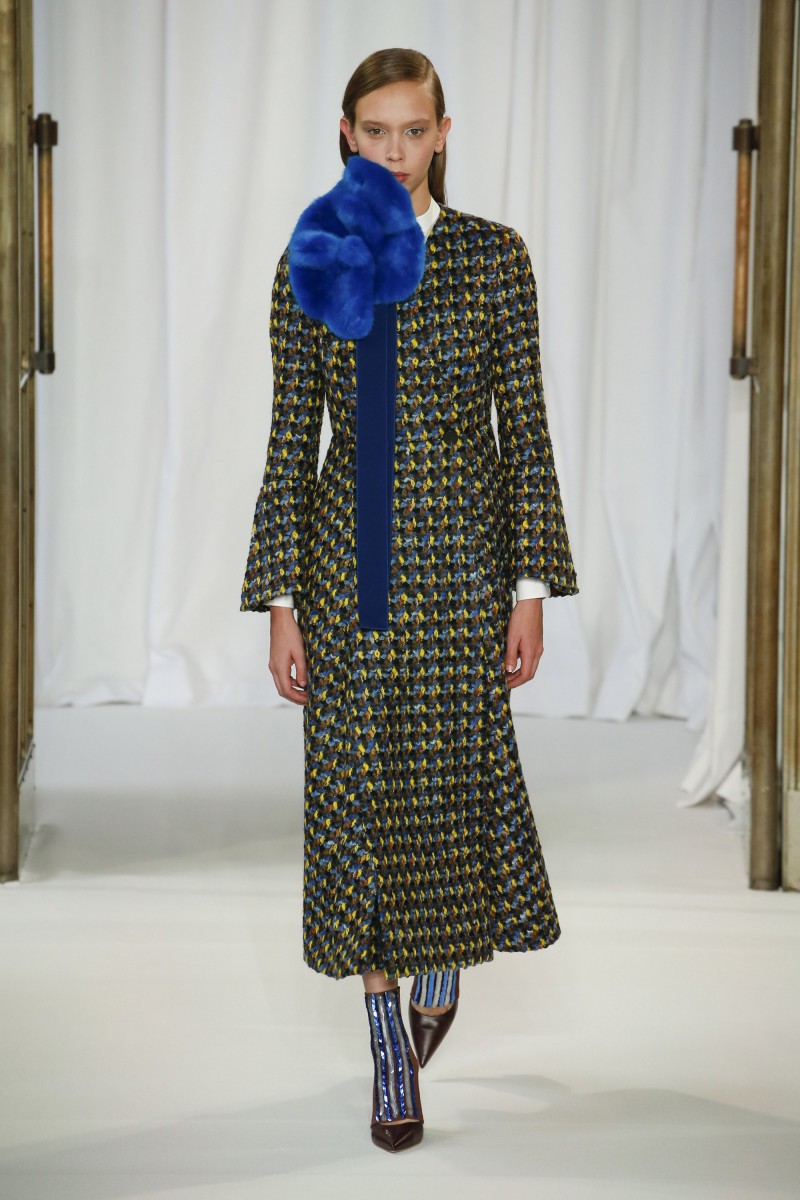 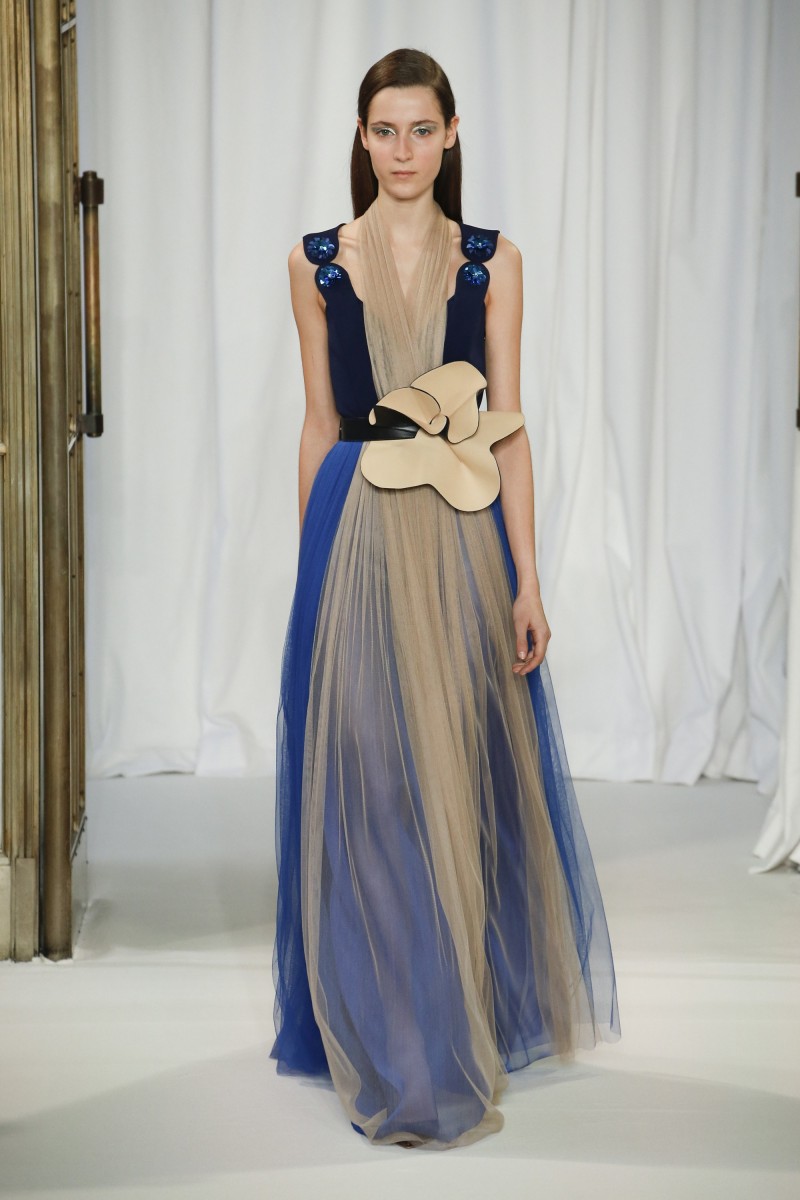 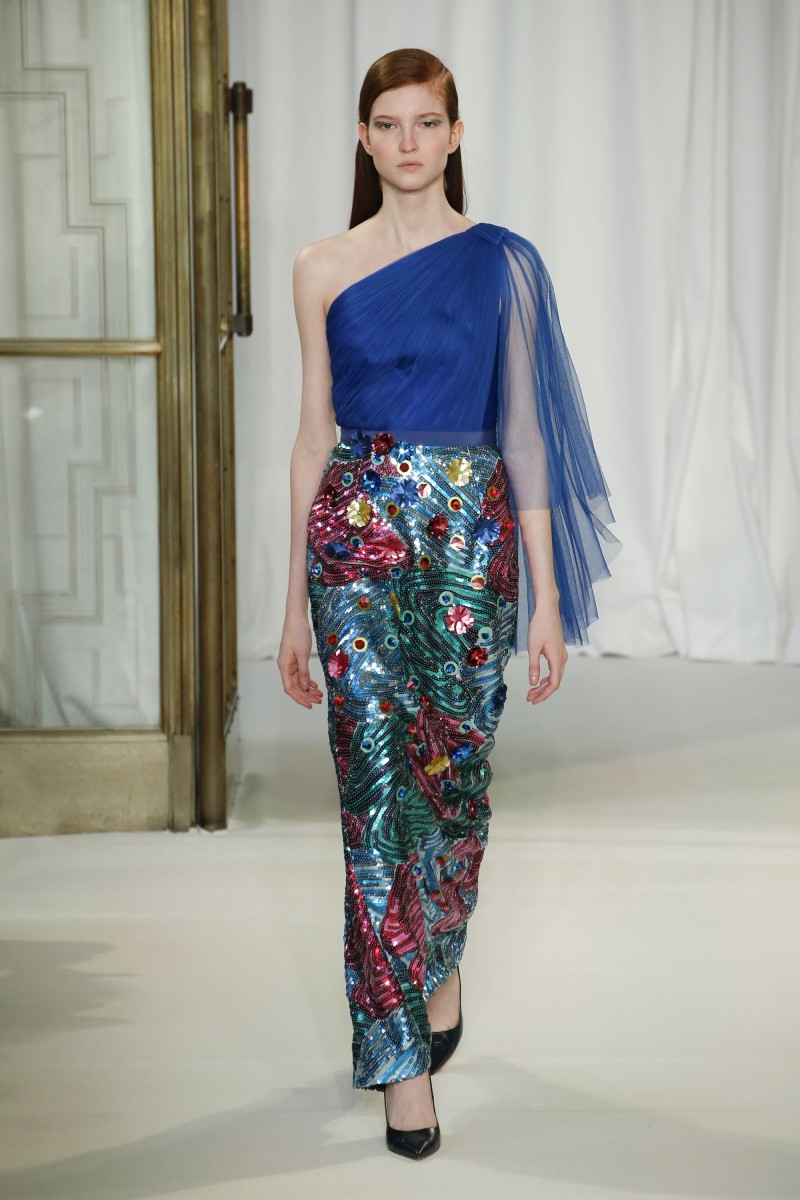 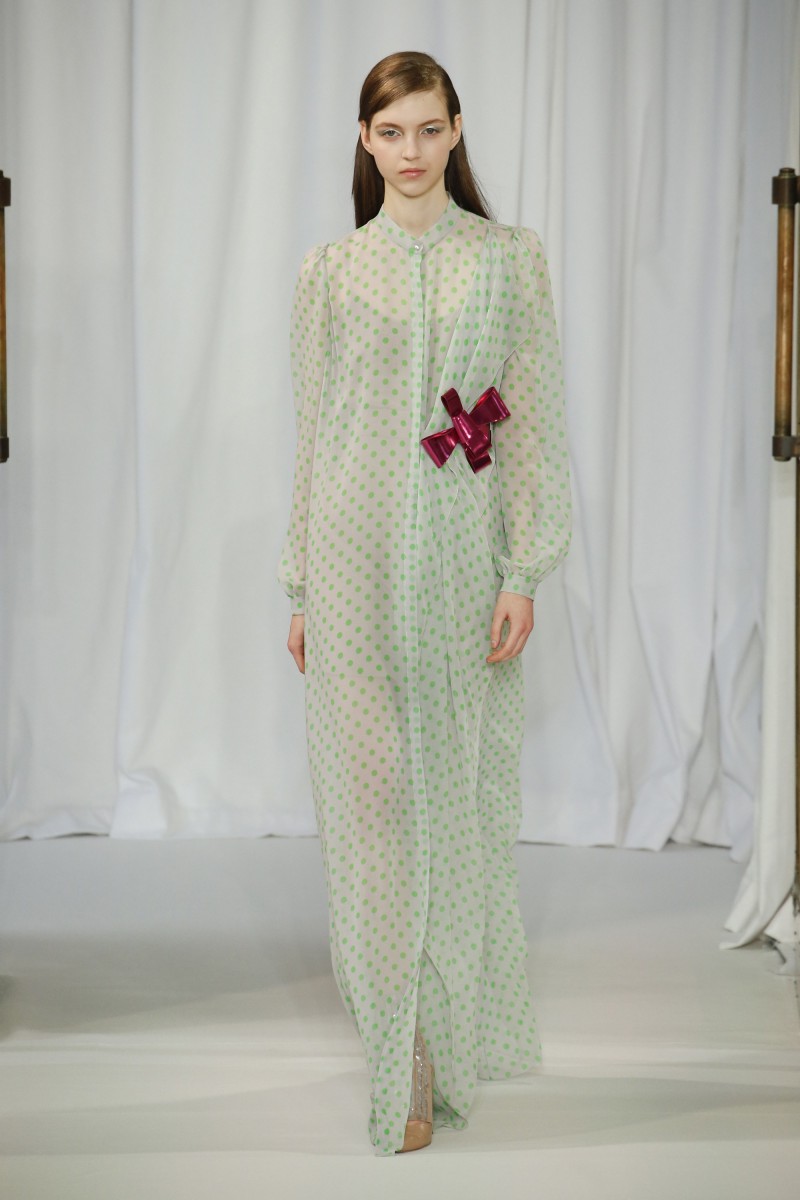